Easy going soldier Kale Montgomery, a self-proclaimed ladies man, has no plans of settling down, especially not with his best friend- the sexy, sassy schoolteacher Lucy Dawson. Their relationship, though unconventional, is mutually beneficial, and they wouldn't have it any other way. Friends with benefits? Casual lovers? Whatever you want to call it, they’re having fun, in and out of bed, and to them, that’s all that matters. At least that’s what they think, but how long can you spend in someone's bed before you find they're also infiltrating your heart?

As their casual fling with no strings attached progresses, it's not long before they realize they're both in way over their heads. One fateful night changes their lives forever in ways they could never have imagined, giving them the push to finally admit that maybe, just maybe they want more than they’ve let on. Their mutual attraction rapidly intensifies as it shifts from burning lust to unrelenting want, need, and possibly even love. Suddenly the idea of settling down doesn't seem so bad. In fact, it sounds pretty damn perfect.

Just when things seem to be falling into place, past pain and renewed insecurities rise to the surface and threaten to smother the flames of their passionate relationship, reminding them both why they’ve always kept the idea of love at arm's length. Will Kale and Lucy realize that what they've been waiting for is each other, or will the blazing whirlwind of their feelings burn out too quickly, causing it to all go up in smoke? 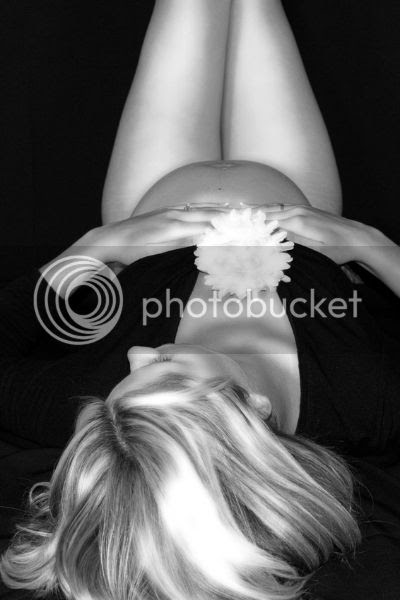 This was a friends to lovers story that won me over from the very first chapter.. These two met in the cutest way and didn't ever hide their attraction towards one another.. Due to some secrets in their past they were both OKAY just being "Friends with Benefits". An over due reunion with a night of pent up lust & passion led to an un planned pregnancy.

Kale has ruined me for any other Baby Daddy Hero's.. He was total perfection and undoubtedly irresistible.. He was sexy, charming, funny and protective.. He had some Demons to overcome which was his only flaw because he tried to bury them deep.. From the moment he found out Lucy was having his baby he made it known they were in it together! 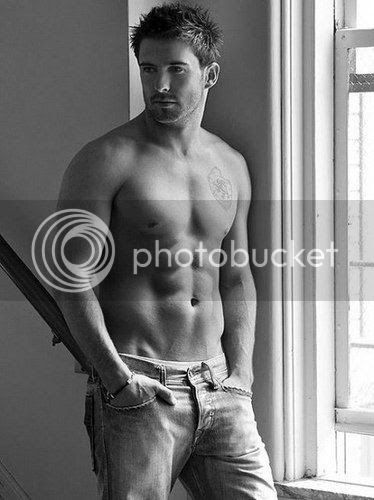 Kale and Lucy were made for each other.. They just didn't know how to tell the other, but once they started opening up it was smooth sailing. When Kale came up with the name "Sprout" I fell for him hard and that just kept happening over and over again!

"Yeah, Sprout. I figured since I planted the seed, you've got a little Kale in there. Sprout only seems fitting, and I don't want to call it an "it" anymore, So Sprout it is" 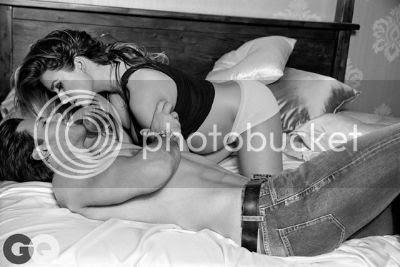 Inflame packed some serious Heat the Connection between them was off the charts HOT....
Kale and Lucy get an A+ !! 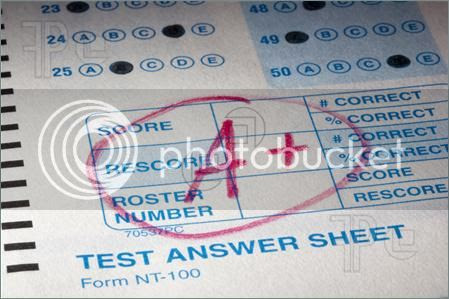 Loved both Epilogue's and can't wait to see what Tessa Teevan has in store for Xavier and the Wellington brothers..

Liam “Hunter” Blake hates the Reapers MC. Born and raised a Devil’s Jack, he knows his duty. He’ll defend his club from their oldest enemies—the Reapers—using whatever weapons he can find. But why use force when the Reapers’ president has a daughter who’s alone and vulnerable? Hunter has wanted her from the minute he saw her, and now he has an excuse to take her.

Em has lived her entire life in the shadow of the Reapers. Her overprotective father, Picnic, is the club’s president. The last time she had a boyfriend, Picnic shot him. Now the men in her life are far more interested in keeping her daddy happy than showing her a good time. Then she meets a handsome stranger—a man who isn't afraid to treat her like a real woman. One who isn't afraid of her father. His name is Liam, and he’s The One.

Or so she thinks.

I JUST Can't get ENOUGH of this series!!!!

Liam and Em's story runs simultaneously with Ruger and Sophie's and it was a Brilliant addition to the series!!

We met Liam in Reaper's Legacy and boy was he a contradiction... He kidnapped Em in order to look out for one of his brothers and I for one wanted to rip has ganoids off with my bare hands. How Could He!?!?!.. They'd already had a friendship of sorts although under false pretenses (on both their end). Liam had a tough childhood and was taken in by the Devil's Jack MC at a very young age.. He's the one sent in to finish the job and was being groomed to take over..
He was Super Sexy and Sweet but he had me going in circles. Through out I didn't know whether I wanted to Pummel him or rip his clothes off and pounce on him or maybe hang him by his balls but then thought what a waste might as well hump him.. 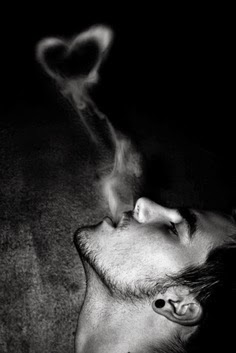 Em was an amazing heroine - She's the MC's Presidents daughter! Born and Raised a Reaper enough said.. She was smart, strong and definitely a fighter.. We got to see her vulnerable sides but she never come across as needy or whiney. She still held her V card but knew how to use her sexuality to her advantage. 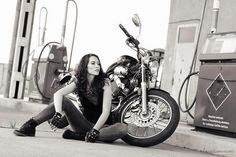 Let me just tell you there was some serious petting , fondling and creative non penetrative action going on.. Liam AKA Hunter and Em had some smoking HOT chemistry!! These two were made for each other.. Liam needed a strong as nails woman to keep him grounded and EM needed a total ALPHA she could respect. I laughed, I grumbled and I cheered through out.. Can't wait for Picnic's tale.. 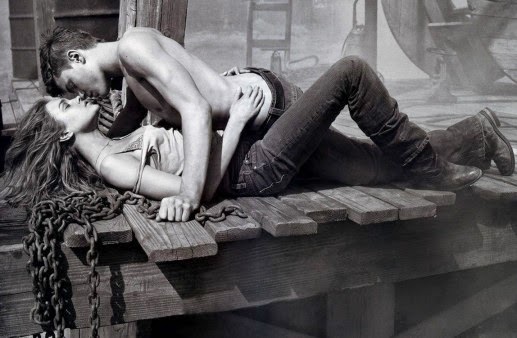 Liam is another Hot Biker - Hunk that has been added to my shelf with a touch of sweetness that will melt in your mouth!!!

View all my reviews
Posted by Diana at 7:32 PM No comments:

It Ain't Me, Babe ~ Tillie Cole

What a PHENOMENAL read!

This MC book stood out from the rest and has definitely landed a spot in my top favorite's...
Right from the very first page...Unique storyline, Sex & Steam and off the Charts action!!!

Loved loved loved Styx and Mae!!!
Destiny and Fate were front and center with these 2 they were made for each other..

Styx was one super yummy badass Prez... His speech impediment only made him more dangerous since he was taught from an early age that a disadvantage was overlooked when one was feared...
Sooo hence the Hangmen Mute was feared and respected...

Salome was raised in a radical cult... That took advantage of their woman.. Made them fear the outside world and used this fear for their own sordid perverse needs and prophecies.
She managed to escape and was brought right to Hades backyard.

I did not want this book to end..it gave me chills at times while reading just knowing, that lifestyle does exist.. It enraged me at how these cults could manipulate and abuse young women..
I was sucked in and needed to see justice in some form...

I loved where Tillie Cole took me with this story and I need to see more of these hardcore motherfuckers fall hard for these broken females..

Had to bump up due to the Authors Note... And sooooo happy I did!

View all my reviews
Posted by Diana at 7:36 PM No comments:

Uncovering You 2: Submission by Scarlett Edwards
My rating: 4 of 5 stars

I have survived the worst. I have come out of the darkness with my sanity intact.

Whatever he wants, I'll be ready. The collar may be tight around my neck, but I will not be a prisoner.

But a concubine, on the other hand? She always has a choice.

And today, I choose to fight.


I'm about to have heart palpitations from the rage I'm feeling right this moment.. This is PURE TORTURE!!! **SHOUTING**SHAKING FIST IN AIR**

So we started off with this beauty in the first installment and a hint of who the sadistic mystery KIDNAPPER was..

Lilly is hell bent on figuring out the why's of her predicament!!!
What is it that Stonehart wants to accomplish by all of this..

Damn..... Stonehart is emotionless, coldhearted and just plain mean!!
He has not given an inch what so ever and has beat Lilly to the punch EVERY. SINGLE. TIME.

He won't relent until she's Completely HIS, Broken and at his MERCY... The only thing Lilly has left is Her Sanity which she's grasping at and her need to Destroy Him..


View all my reviews
Posted by Diana at 7:39 PM No comments:

So the blurb drew me in and let me tell you I ALMOST called out sick cause I could NOT PUT IT DOWN!!!!!!!!!

Started off with Nikki flawed beyond possible repair.. She's a cutter on anti depressants and anti anxiety meds. She's basically bidding her time and moving through daily motions just to get by.. You CAN'T help but want to reach out to her and guide her... But she's SOOO strong in her own understated ways she just doesn't know it... YET!!!

Eric Ohhhh Eric he’s Dr. McKinky…. Looks the right way, says the right things and Oh what a DIRTY TALKER HE IS!! No Female can resist his charm or deny any of his Sordid requests! HE’s in his own category he was obnoxious, cocky, relentless, dominant and a TOTAL asshole! I didn’t know whether to fling my kindle or use it to get off somehow when he was front and center…

If your looking for a seriously Fucked Up Beyond Repair No way possible you can forsee a HEA Kinda read? READ The Sordid Promise!!!!!!!!!! and make sure to set some free time to be consumed by it.

I loved it even though about 80% in I still couldn't see how the FUCK anything could turn out OKAY and was wondering if there was a HEA but it did and there was... with NO CLIFFHANGER!!!!!! thank Fuck cause I would have gone NUTS myself if there was..


View all my reviews
Posted by Diana at 7:45 PM No comments: